Boom. She spends all day at home. Boom. Sometimes she walks out to her backyard. Boom. If the neighbors across from me happen to be out on their balcony, she tries to strike up a conversation. Boom. So, I know these facts about her life. Boom. Because, it’s not really a conversation. Boom. It’s a screaming recital of all her problems. Boom. Her voice sounds like the highest note on a tuba. Boom. Lots of air pushes through to make a short sound. Boom. She might as well have been a tuba player, she walks around like she has one strapped on to her body. Boom. Which is why, I believe, she can’t use the washing machine upstairs. Boom. Because she can’t make it up the stairs with a laundry basket. Boom. So, she washes everything by hand and hangs it, not on a clothesline, but on her fence. Boom. 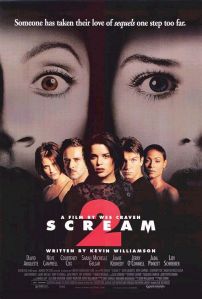 It’s while she does this that she screams her life story to whoever is sitting in the balcony. I heard how all her family turned their back on her. How she’s all by herself with these children with no support system. That her daughter ran-off with some guy, instead of focusing on her recovery, and abandoned her child. I heard how she had to get rid of her car. I heard enough, frankly.

I heard enough to understand that this woman was a stage five moocher, first-class woe-is-me queen, a master manipulator, and a border-line crazy that can either snap or die at any moment.

These are the types of people who you open your home and your heart to because you figure they’re having a rough time and discover that they are vampires – and not the sexy kind. These suck you dry of your compassion and empathy and money and patience – and time. By the time they are done with you, they’ve ransacked your house, raided your fridge, raped your dog and clogged the toilet.

It was 11:00 at night. I wasn’t about to let anyone in my house and certainly not her. But there she was, upstairs, in my territory. From my living I can feel her staring at my door. I wondered if she could feel me, staring right back.

She had already knocked on my neighbor’s door a couple of times, but they didn’t answer. I was committed to the same approach. She was going to have to beat down my door, because I was not getting up from my chair.

Excuse me, but who the hell knocks on a neighbor’s door five times at eleven o’clock at night – for the first time. This is the first official contact she’s ever made and it’s a crappy first impression, only excusable if it was truly an emergency. But, I can tell already, it’s not. If it was a real emergency, she would just call 911. In the time it took her to get upstairs, first responders would’ve been submitting their incident reports. And, if her phone was dead, she would’ve yelled for help from downstairs. We all would’ve heard her.

So, I was pretty comfortable to just ignore the knocking, just like my neighbor, and ignore the crazy. My partner, however, not so much.

“What are we going to do?” She whispered.

And, I snapped. Like a crazy werewolf. How dare anyone knock on my door that way. As if the door represented my shoulder and I was being shoved into a fight. I sat up on the edge of my chair, enraged like a juice-head Guido defending my skanky girlfriend’s honor and I barked the most intimidating, foaming-at-the-mouth version of, “WHO IS IT?” that has ever been uttered by a woman.

And then, the tuba played.

As I was about to say, “It’s 11 o’clock at night, please come back tomorrow,” my partner covers my mouth and gives me the look. The look of the responsible adult. The there-could-be-something-really-wrong look. The don’t-be-an-asshole look. The if-you-would-get-a-real-job-maybe-we-could-move-from-this-dump look.

So, I blinked. Which translated into you can remove your hand over my mouth so you can handle this your way. And she did.

She went out to the corner of the balcony, where the front door to our apartment is visible and there we heard the most convoluted story about one of her sons getting hit by a car in Hialeah and wanted to know if we knew of any hospitals where he might be in Doral.

Look out for her full story and a fact check/common sense check of it tomorrow.

If you haven’t noticed, you are in the middle of a three-part series. Don’t be scared. It’s like walking into a two-some and being invited.

Across from the guy downstairs lives a single mother with a special needs toddler. To no fault of the child, the toddler screams all day. All day. 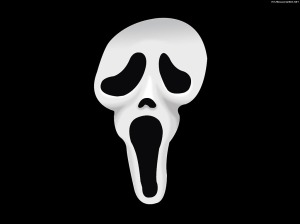 The single mother also screams. All day. She screams at her twin 17-year old boys for not going to school, for not having jobs, for getting a girl pregnant, for leaving the fence open, for coming home, for not coming home, for things that I can’t understand…you get the picture.

The two boys are biologically the same age, but physically look like one is older than the other. The older looking twin is as thin as a rail. He only wears wife-beater tank tops, I suppose to show off his arms. Not that they are muscular. I believe Michelle Obama has pythons compared to his itty bitty arms. He doesn’t wear a shirt to show off all his jail house tattoos**. This boy is already a father and regularly calls his Baby Momma. I know this because he only calls her when he’s standing outside in the middle of his backyard. I believe he does this so he could scream at her at the top of his lungs, without interrupting the screaming that is already happening inside.

The first time I came face to face with this twin, I was walking toward my car and he was just coming toward the building. I did a quick full body scan and looked him square in the eyes. He quickly turned his face to spit on the ground and kept walking past me.

The other twin boy is smaller that his brother. He looks 14 in age. And although he is always fully dressed, his clothes are insanely big on him. I understand the fashion, but this is literally pants-on-the-ground. He actually cinches his pants under his butt, around his thighs. The seam that marks where t-shirts fall on a man’s shoulder really hang below his elbows. It’s as if he’s a regular sized man in Shaq’s clothes.

His voice is still changing. I know because he…no he doesn’t scream…he sings, well, no, he raps all day. He raps loudly. He likes to rap under the staircase that leads to my apartment. I imagine because of the echo. So, his middle-of-puberty voice that sounds like a loose snare drum is amplified throughout the hallway, throughout my home.

All this happens downstairs. All day, everyday.

I’ll tell you all about it in my next entry, “Across from the guy downstairs: Scream 2”

*Note: Although it is not necessary to read “The guy downstairs” series from back in January to understand this new series, you may find the background information helpful.

**You know, jail house tattoos: a spiderweb, a skull and crossbones, a couple of names, all scattered throughout, where ever there is space.