South Floridians love to use Hialeah as a punchline. And I get it. The city has a bad reputation for harboring corrupt politicians and nosy neighbors, as a haven for cheap rents and illegal workers, and as the home of the tackiest and loudest Cuban immigrants of the entire diaspora.

This place is so special that it only has one major street and outsiders still manage to get lost. 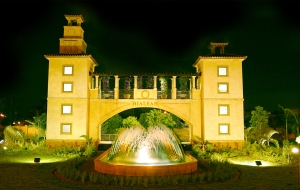 Oh those outsiders. They think they can spend a few hours in the “City of Progress,” and then feel entitled to criticize and point fingers.

This weekend, I encountered one of “those” people – a pretentious beauty salon patron who wanted to lighten her hair, but didn’t necessarily want to go “Hialeah blonde.”

She said this loudly in an attempt to garner laughter. But when her punchline didn’t receive the clamor she was expecting, she tried it again, “Not a Hi-a-leah blonde,” this time emphasizing the “ah” in the middle.

Still, her joke was met with unbearable silence.

Partly because we were in a sophisticated salon, excuse me, hair studio located in Coral Gables and the insinuation that the stylist would be capable of doing a horrible job was met with a raised eyebrow and a slight puckering of lips. But mostly because, unbeknownst to her, the audience members of her comedy special were Hialeahan – myself included.

And at that moment, one of great impulse and little reasoning, I decided to go full blonde. Because I’m from Hialeah and I wanted to somehow prove a point that really didn’t require further evidence in the most passive aggressive way possible.

You see, Hialeah is twice my birthplace. The first birth came in the late seventies, when I fumbled out of my mother’s womb in the hospital that bears the city’s name. The second was a figurative birth, my entrée into adult life, which took place in the early 2000’s. Without a silver spoon or a safety net, the city welcomed me regardless of who I was or was no longer. Hialeah didn’t care that I was suddenly poor, she put her arm around me and said, “Honey, we are all broke.” Only she said it in Spanish.

I stuck around for five years and loved every moment. There is simply no place like it and here are the reasons why:

1. 49th Street is the parade route for every celebration and the road for every morning’s commute. Regardless of the occasion or the time of day, your speed is limited to 5 miles per hour. They had to build two Starbucks less than 1.5 miles from each other because by the time you get from one to the other, you’ll want a second cup. 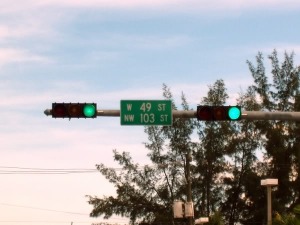 2. Some crazy company swooped into Hialeah and decided they were going to change the mall’s name from Westland to Westfield. Two months after the name change, they changed it back when they realized no one could pronounce the new name. 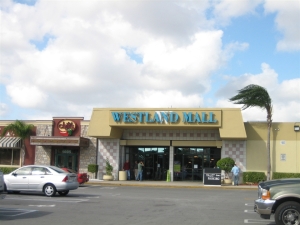 3. Hialeah is the last place in South Florida where you actually talk to your neighbors – and not just when there’s a Hurricane. Even when you don’t want to talk to them, they are talking to you. They want to know who you’re voting for. They ask for help reading and/or writing a letter. They show up with leftovers from the bakery. And, best of all, you can ask them for toilet paper in emergency situations.

4. Everyone knows where they can get anything at a cheaper price. Pick up a tomato at Publix Sabor and an old man from across the plantains will tell you that they are 10 cents a pound at Presidente Supermarket. Try on some shoes at Kohl’s and a woman will tell you that she just saw the same ones at Ross for $10 less. As you walk into Bed, Bath and Beyond someone will see you and give you their 10 percent coupon, claiming that they went inside and didn’t like anything. 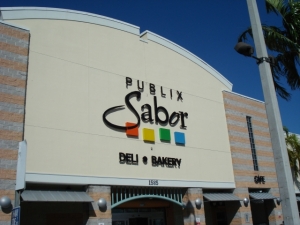 5. Around every corner and at every turn there are some incredible stories – many of them tragic, many of them heartbreaking. From the abusive boyfriend to the victim of fraud to the lonely widow to the caretaker of an orphaned child – all of those stories live and thrive within these walls. But like the old adage goes, with great sadness comes great joy, which is why Hialeahans are so raucous and boisterous, why they defy fashion norms and trends and why they don’t conform or assimilate. They march to the beat of their own pots and pans.

And the reason why I’m not only blonde, I’m a Hialeah blonde. 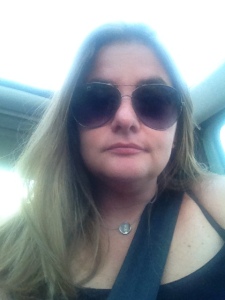 I should clarify. Although, I’ve done some amazing designs on my eyebrows and elsewhere, I’m specifically talking about the hair on my head.

I can’t stand hair monotony – or monogamy for that matter. I cheat on stylists all the time. I guess it has to do with my upbringing.

Growing up, my parents let anyone take a scissor to my head. My next door neighbor, my dad’s barber, my brother. Anyone. And, if I wanted a fancy hair style, my mom armed herself with a can of Aquanet and 100 bobby pins and went to town. For my senior class trip to Disney World’s Grad Night, I asked her for luscious curls. And, God bless her, she tried everything from electric rollers to goopy hair gel. As a last resort, she poured an entire 40 ounce bottle of Budweiser over my head, as she had heard leaving beer in your hair automatically gives you Shirley Temple curls. Well, I can tell you first hand, that theory is as false as this story is true.

After high school, I took hair matters into my own hands. Literally. I gave myself haircuts. When I did have some money I had my hair cut and dyed by a woman that worked out of her living room.  But, I stopped paying for hair help, as soon as I discovered that hair dressing was one of the many hidden talents of my gay boy friends.

Gays, as Kathy Griffin likes to call them.

It was many years later, when the gays became architects and lawyers and didn’t have time for my hair, that I discovered places that had separate hair washers and hair blow-dryers. Places where they offered wine and canapés, while they rang up my credit card in amounts greater than or equal to the monthly installment of a Honda Civic. In frequenting these types of places, along with an odd twist of fate, I befriended a celebrity hair stylist. It was great. Until he showed up to my job coked out of his mind, claiming I had traded hair services for a free cruise (this story will be featured in my upcoming book, “Stories of FOMO”). I sicked a lawyer on him, shaved my head and, when my hair grew back, I never used the same stylist for more than two cuts.

Seriously. My motto became: Never. Ever. More than twice.

Apparently, my motto for everything.

Last week, however, I broke the rule. I had my third appointment with my latest hair-tist.

How could I not? He is incredibly talented.

He is also moody, melodramatic, self-centered, sometimes absent and completely high maintenance. He is prettier and thinner – and in a month he makes way more than my combined gross household income. He has a terribly deep accent, which contributes to our constant miscommunication. And, he’s crazy.

Yet, I found myself rolling in the deep. Wholeheartedly.

I kept fighting the feeling to call for a third appointment. Hoping to just find someone else, but the more I thought about leaving him, the crazier I got about calling.

So, there I was, in the salon, on my third appointment. And, lo and behold, there he was with another client. Like a jealous girlfriend, I marched right up to him and gave him a kiss on each cheek.

“That’s right, little client sitting in his chair,” I thought. “Him and I, we kiss Euro style, ‘cuz we’re tight. So wipe that smile off your face. He clearly loves my hair the best.”

I sat patiently while he finished working on her bangs.

“Seriously lady,” I asked in my imaginary conversation with an unsuspecting client. “You’re subjecting this artist to work on your circa 1988 hair, complete with yellow streamers covering your forehead? For shame.”

While giving her the stink eye, my man caught my glare and winked at me. His small gesture brought a smile to my face.

But, only for a moment.

I quickly became angry with him. He was way too smiley with her. Way too talkative. With her. With her bangs. Who has bangs? She’s not real. She’s a stranger. Him and I have history, or did he not remember? Three appointments! He once told me that he’s never felt another head of hair like mine before. But, now he was touching someone else’s. And then a fire started in my heart, reaching a fever pitch, finally making me see that I had been played, to the beat.

So, I threw my Vanity Fair with Angelina Jolie on the cover and got up from my chair and said, “Nevermind, I’ll find someone like you. I wish nothing but the best for you two.” 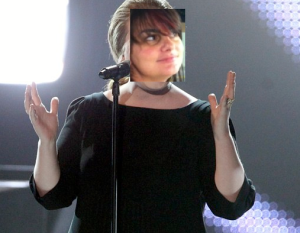 And they clapped for me. A lot.